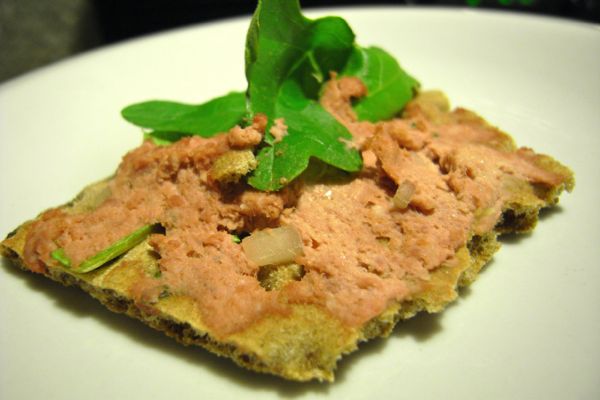 What’s the Story Behind German Liverwursts?

Liverwursts come from Germany and the word is actually an Anglicism of the German leberwust which means liver sausage. This sausage is eaten in many parts and countries of Europe like Germany, Poland, Austria, Hungary, Croatia, Slovenia, Serbia, the Netherlands, Norway, Romania and Finland.

These liverwursts contain calvesâ€™ or pigsâ€™ liver. Other ingredients are meat, fat and spices like mustard, pepper or nutmeg. Different regions in Germany have different recipes for the liverwursts. Adding bacon or onion gives a distinctive taste and aroma to the liverwursts. People even try out liverwursts with cowberries and mushrooms.

Liverwursts, as all other sausages, are high on sodium. 55 grams of liverwurst contain 168 calories. This sausage provides more than 100 % of the daily needs of the body because is rich with vitamins A and B, especially B12. But, on the other side, liverwursts also contain 25 % of fat. Besides that, it also provides around 27% of the daily need of iron.

It is interesting to know that some types of liverwursts from different regions have a protected status in the EU. The term liverwurst has been used for the first time in 1860 in the United States. It is believed that German immigrants were those who brought liverwursts in the US. The fact that there are a lot of places in the US where you can find liverwursts supports the theory.

These liverwursts are not healthy food. The only thing that separates them from other sausages is the richness of vitamins and minerals. It is considered as unhealthy food because of the high levels of sodium and fat in it.

Liverwursts can be used in a lot of recipes, both hot and cold. One very popular dish with liverwurst is called Braunschweiger. For this dish, you need to slice the sausage into pieces and add some other smoked meat like bacon together with the sausage in the pan. The two meats are cooked until they become brown and until the two different flavors are mixed. This braunschweiger can be used as a main meal, but can be served as an addition to pasta, mashed potatoes, or some cooked vegetables.

Another tasty recipe that can be made with liverwursts is a spread, which is combined with bread or crackers. Usually, it is served chill or in room temperature. This spread is a favorite to many people who like liverwursts.