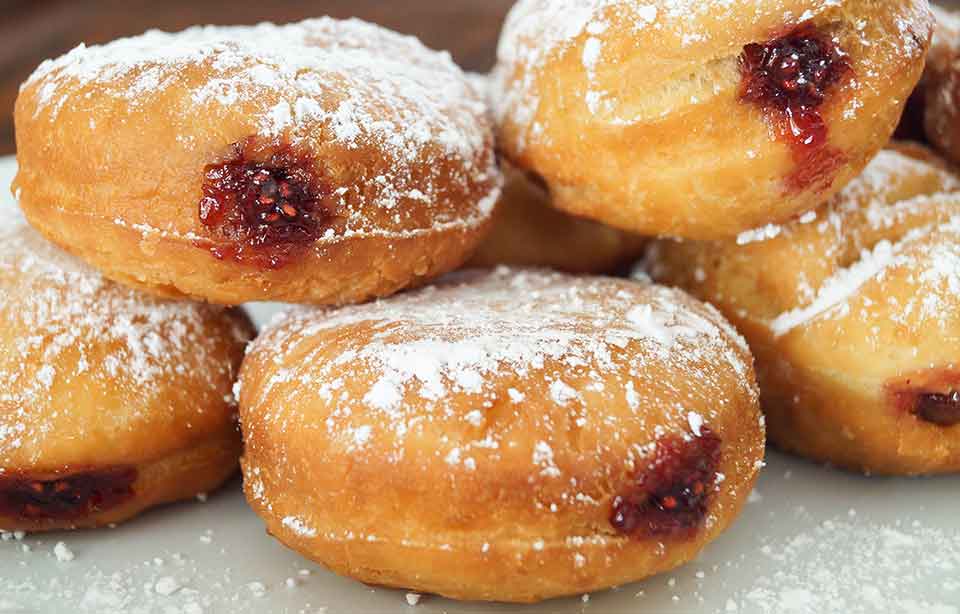 Berliner – the Tasteful German version of a Doughnut

Berliner is a traditional pastry that comes from Germany and is very similar to the doughnut we all know, but it doesnâ€™t have the central hole. It is made from sweet yeast dough and is fried in fat or oil. It has a marmalade filling or a jam filling and has a sweet icing made of sugar. They can be made with other fillings too, with chocolate, mocha, champagne, custard or they can be empty, with no filling. 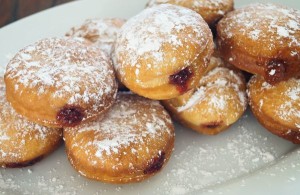 The Berliner contains a lot of milk, butter and eggs. The filling and the topping of the Berliner are always related. Plum-butter filling goes with powdered sugar icing, raspberry, strawberry and cherry jam fillings go with sugar topping. For other fillings, the sugar icing can be flavored with rum, for better taste. In the past, the Berliner was made out of two halves which were filled and then sticked together and fried. Today, there is only one part which is first fried and then the filling is injected with a syringe.

Also, in the past berliners were eaten only to celebrate New Yearâ€™s Eve and holidays like Rosenmontag and Fat Tuesday. Today, they can be bought throughout the whole year. A lot of Germans have a joke connected with the berliners, filling in some of the berliners with mustard instead of jam and put them together with the other sweet berliners.

Different areas in Germany have different names for this delicacy. Some part of Germany knows it as an berliner, but some parts call it a Pfannkuchen. And, this new word in the rest of the German places means pancakes. And in some other parts, because pfannkuchen is already taken, they call pancakes eierkuchen, which means egg cakes.

In Canada, this type of filled doughnut is called â€œbismarkâ€.

There is a legend connected with John F. Kennedy and the Berliners. Many newspapers have written about him saying â€œIch bin ein Berlinerâ€, which means â€œI am a Berlinerâ€. The misunderstanding is in the fact that Germans do not use the article â€˜einâ€™ when they express their nationality. And, it couldnâ€™t be possible for Germans to get the wrong impression because they do not use the word Berliner for this sweet delicacy. For them, itâ€™s a pfannkuchen.