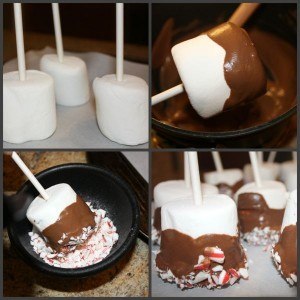 In England, these chocolate treats are known as chocolate teacakes, even though many believe that a teacake is actually a sweet roll with dry fruit. These teacakes are as famous as the British biscuits eaten at breaks with a cup of tea. One of the most famous teacakes in England is the Tunnock teacake. British even give these teacakes to blood donors after theyâ€™ve donated their blood. The teacake is made of a round bead base which is covered with Italian meringue, whipped egg white which reminds us to marshmallow. After that, it is coated with a layer of milk or chocolate and the Tunnock teacakes are wrapped in red and silver foil, or blue and gold. Red and silver is for the milk chocolate type of teacake, and the blue and gold is for the plain chocolate-coated marshmallow treat.

There are many arguments about whether the teacake is really a biscuit as it is classified or it is actually a cake. Marks and Spencer have argued that it is not a biscuit so as such, it is wrongly taxed. The European court ruled that it was not a biscuit indeed, but it was a cake and Marks and Spencer have started a legal action to retrieve all the money they have paid for taxes for these chocolate treats.

In Denmark, these chocolate-coated marshmallow treats are known as negerkys â€“ negro kiss, flodebolle â€“ cream bun and negerbolle â€“ negro bun. But, because the negro part has been seen as a racist word, it has been prevented from using since the 2000s. It is believed that Denmark is the largest producer of these chocolate-covered marshmallow treats with production of around 800 million of these each year.

Krembo is another chocolate-covered marshmallow treat which is very popular in Israel in the winter, as a replacement for the ice cream. It is wrapped up in colorful foil and is made of biscuit base topped with whipped egg cream and covered with chocolate. There are two flavors, mocha and vanilla. The word comes from the Hebrew krem â€“ cream and bo-in it. One krembo weighs 25 grams and has 115 calories. The krembo season usually start in October and ends in February. It is believed that over 50 million krembos are sold every year.

Mallomars are well known chocolate=covered marshmallow treat to Americans. A cracker covered with marshmallow and covered with dark chocolate thus forming a hard shell. These chocolate treats were introduced in 1913 and the first box was sold in New Jersey. Mallomars are available from October to April. They are not distributed in the summer period because they melt easily in high temperatures.

We all must agree that chocolate-coated marshmallow treats are always a good choice, no matter where they come from and how they are prepared.