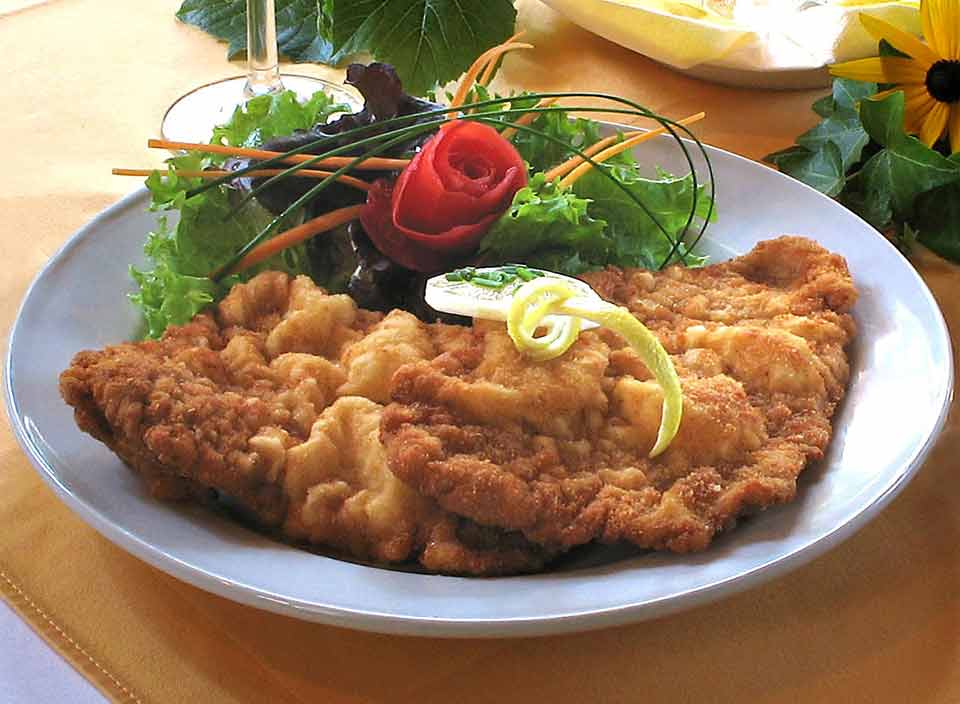 Wiener Schnitzel is a traditional Viennese dish. It is believed to have originated in Constantinople, where meats were breaded with gold flakes in an opulent display of the nobility’s wealth. Food historians say the Venetians adopted the dish and popularized it throughout Italy. Then the common folk adapted the dish by substituting the gold flakes with golden breadcrumbs.
Servings: 12

The Rest of the Story

During the Austrian occupation of Northern Italy field marshal Radetzky, who so loved the dish, is credited with bringing it home with him to Vienna. It was during the Habsburg’s rule that the dish became popular in the Empire, and made it what it is today.

Wiener Schnitzel is supposed to made only with veal.Â In Europe. veal is very expensive and the dish is sometimes made with pork.Â However that dish must be listed as Pork Schnitzel on the menu it’s against the law to call it Wiener Schnitzel.Â When German settlers came to Texas in the 1840’s they brought the dish with them. Here in Texas, with beef so readily available, they substituted the beef for the veal, and cook it the same way. That dish is known today as Chicken-Fried-Steak.