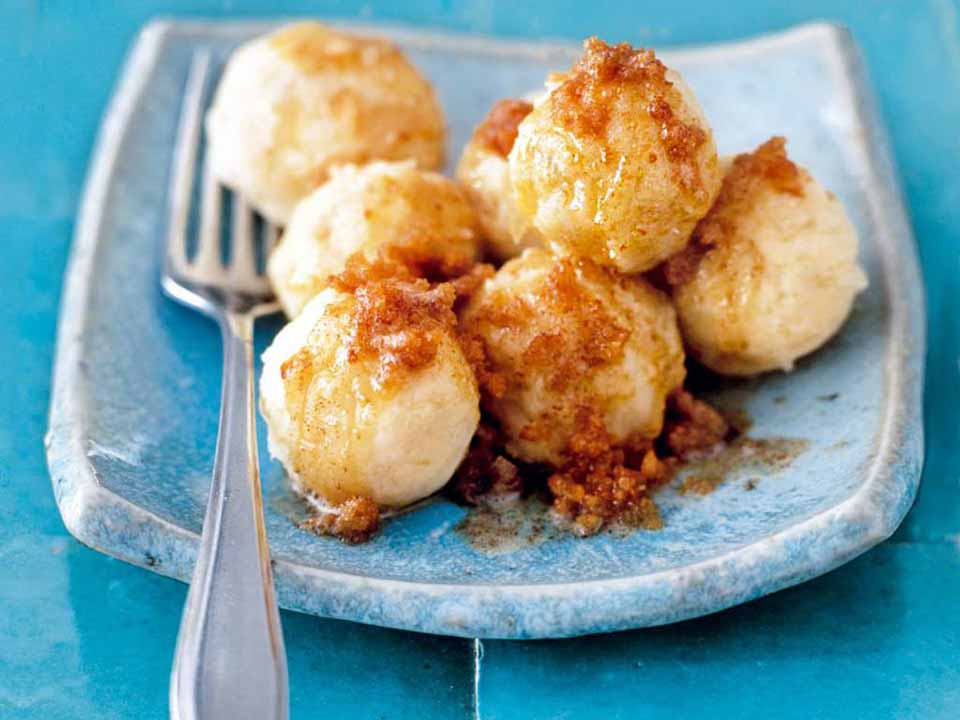 “Just what the name implies – these are German potato dumplings “Kartoffelkloesse”, as found everywhere in the South of Germany, Austria and Bohemia. These are traditionally served with any roast with gravy, but most well-known as an accompaniment for a hearty Sauerbraten and red cabbage. Like polenta, second-day leftovers are a treat when sliced into slabs and fried in butter.” ~ Red Baron>

The Rest of the Story:

Rudi’s Perfect German Potato Dumplings (AKA Â in Germany as Kartoffelkloesse)Â are a perfect example of why we are considered the best German restaurant around the Houston, Texas region. Indulge yourself in this scrumptious classic German dumpling recipe Â as a simple side-dish, or add it to soups, sauces, stews, or Â to accentuate and compliment your favorite Â Rudi- Lechner’sÂ German entrees.